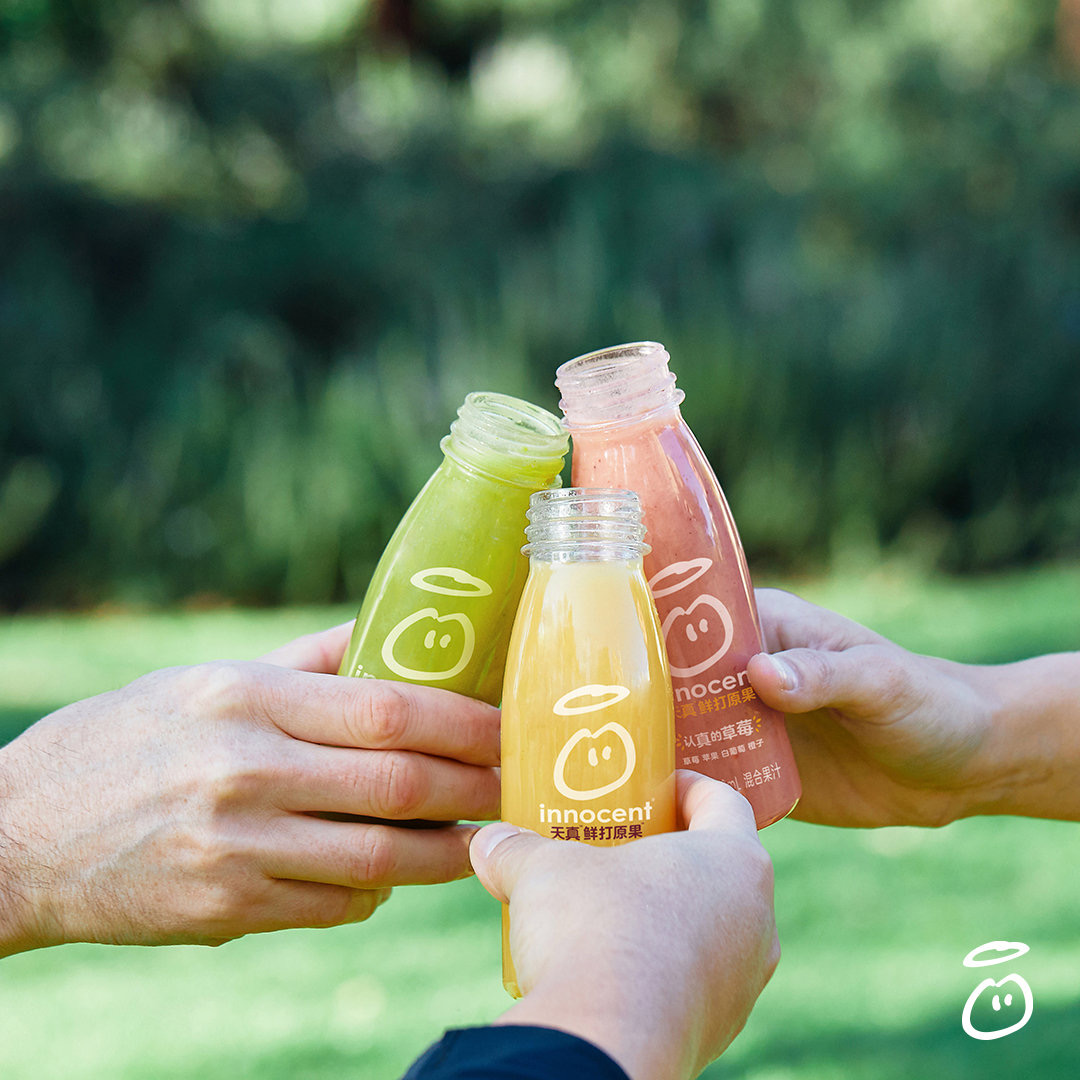 Due to COVID-19, health has become even more important to Chinese consumers who put more of a focus on it in their daily life. This has been reflected in trends for health foods, fitness equipment and health accessories. Indeed, the dietary supplement industry market scale is expected to expand from 397 billion RMB in 2019 to 450 billion RMB in 2020.

China drinks 14 billion litres of juice in a year

In 2018, the largest player in China’s soft drink market was Coca-Cola Co, which made up 11.5% of market share. However, COVID-19 has resulted in consumers turning away from fizzy drinks to healthier alternatives.

According to Mintel Research, 75% of juice consumers value nutrition and 61% look into the relative content of fruits and vegetables when choosing juice products.

China consumed approximately 14 billion litres of juice in 2019 and the market was estimated at 112 billion RMB. The UK smoothie brand Innocent therefore saw a lucrative opportunity in the Chinese market.

Innocent was born in London in 1999 with just three members of staff and has since become the best-known smoothie brand in Europe with over 400 employees. As well as its focus on smoothies, it also produces fruit juices, vegetable milks and coconut water.

Innocent is moving beyond Europe and rolling into China under its Chinese name of the same meaning – 天真. The business hosted an offline event in Shanghai on June 13 to announce their debut into the Chinese market.

Innocent launched versions of its Seriously Strawberry, Magnificent Mango and Gorgeous Kiwi Greens smoothies, as well as preparing new smoothie flavours. The brand appealed to its health-conscious Chinese consumers by including at least five different types of fresh fruit, vitamins and fibre into every smoothie and excluding sugar and other food additives from its drinks.

“We are sending all the normal ingredients we use in the West to the East. They are shipped, chilled and we are bottling them very close to where they are sold because it’s clearly too far to be shipping smoothies from Western Europe. You’ve got millions and millions of affluent and health-conscious people in that part of the world [China]. The brand should really flourish there.”

The brand has focussed on eastern China first and it has already launched in Shanghai, Hangzhou, Suzhou and Nanjing. Nonetheless, if successful, it plans to expand to the whole country.

Innocent opened a pop-up store in Shanghai and launched their products in cafes and online and offline sales channels, including Alibaba’s supermarket Freshippo, G-super, Ole’, Super Species, and City Shop. In order to expand awareness about the brand, they opened an official Weibo account which has gained 6266 followers.

Due to Innocent’s brand awareness in Europe, they already had an established following before their launch in China. This was predominantly from students who had previously studied in the UK and Europe and were excited to hear of Innocent’s availability in China.

“We launched a street stall in Taiguhui area where a consumer told us that he had already been buying Innocent products for eleven years. He studied in Europe and every time he travelled to Europe, he would look for Innocent products at the supermarkets.”

Innocent develops its fun and caring image in China

In Europe, Innocent has won over its audience with its amusing marketing campaigns and display of social consciousness.

The brand plans to replicate this campaign in China, as well as extending its image as a fun and caring brand.

Innocent launched a unique customer service department – “people’s champion”. However, this was not your usual customer service line for complaints or brand-related queries. Consumers could use the channel to talk to phone operators “banana sister” and “strawberry sister” at anytime to have a chat about their concerns, worries and troubles.

Brands should seize the health trend to expand their Chinese audience

The concept of health is becoming increasingly important to Chinese consumers and more and more brands are recognising this through their products and campaigns – KFC’s “new energy” nuggets, Tmall’s “health code” fashion collection and Starbucks’ collaboration with Beyond Meat & Oatly for Earth Day.

As well as providing the chance for brands with a presence in China to expand into the realm of health, this also provides a perfect opportunity for Western brands with health products to enter the Chinese market, like Innocent.

Innocent’s entry into China has been made easier by its good reputation and well-known brand image across Europe which meant that it had already established a small audience before its launch in China. 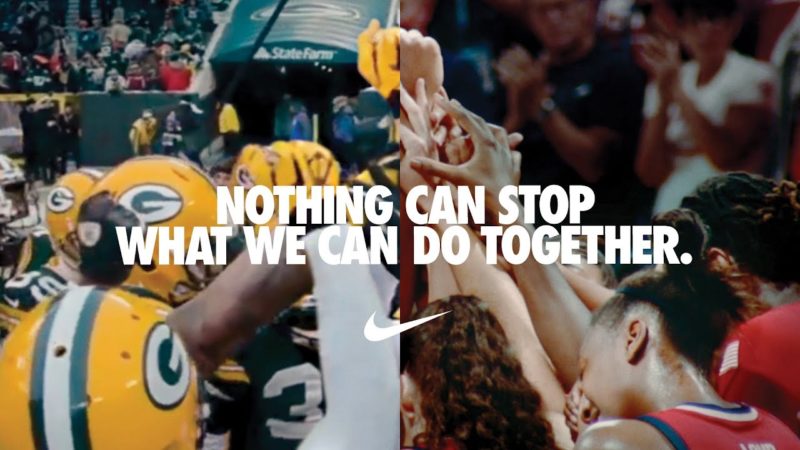 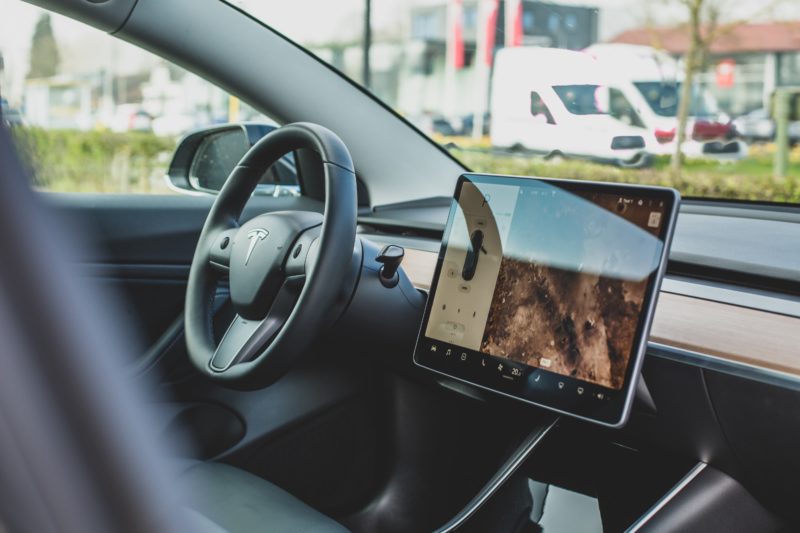